I’ve invariably thought of myself as a pragmatic futurist, often enthusiastic about what the future holds for humanity as a species, as we gradually transition into a Type I civilisation in the Kardaschev Scale and beyond.

Yes, I am fully aware of the fact that nothing lives forever. The second law of Thermodynamics quite clearly indicates that the universe will perish as it attains a state of maximum entropy, devoid of any gradient needed to sustain information processing, one form of which is life. In what way that happens, will ultimately depend upon the shape and the amount of dark energy in the universe. But then, that event is trillions of years away.

On the other hand, theological cosmogony, particularly the Vedic time scale mentions a cyclic timeline that repeats itself forever, fundamentally divided into the four Yugas and then Manvantaras and Kalpas, ultimately culminating itself with the dissolution of Lord Brahma into the Para Brahm. This doctrine also attempts to describe the history of human evolution.

Now, in modern times, the prevailing theory of Survival of the Fittest explains that human beings are a result of the gradual evolution process starting from single-cell organisms. But the Four Yuga system speaks of the declining journey of human beings across the ages. Kali Yuga, the contemporary Yuga, is described as a time when human civilization degenerates spiritually. Common attributes and consequences mentioned about this Yuga are spiritual bankruptcy, mindless hedonism, breakdown of all social structure, greed, materialism, unrestricted egotism, afflictions and maladies of mind and body.

Personally, I have never paid serious heed to these principles. Like I mentioned earlier, I am an optimistic futurist. I think the best days of humanity are well ahead of us. A time where we employ our intelligence, intuition, wisdom and our mastery over technology to create an utopia, colonising worlds, seeding them with life, undertaking engineering at planetary or stellar scales, building Dyson Spheres, Alderson Disks and Matrioshka Brains. As optimistic as I am, I also never expected this fantastic journey to be smooth and rapid. I knew it would take thousands of years and is ultimately a subject to our triumph over some occasional but nonetheless potent hurdles that threaten to end our civilisation like nuclear or biological warfare, cosmic extinction events, the threat of artificial intelligence etc. but the same optimism in me has led me to believe that these hurdles are mere technological challenges, which will be overcome by our ingenuity, resilience and the exponential growth of our technological proficiency over time.

However, in the past few days, a certain prediction about the current era, from various theological perspectives has caught my attention. The aforementioned prediction about humanity’s spiritual degradation. We might be able to fight most of our existential threats with technology but can we overcome spiritual degradation with the same optimistic attitude and technology as a weapon in our arsenal? Are we, as I speak, gradually witnessing the same decline in human civilization mentioned in our Vedic doctrine of time? For instance, some of the narratives of Kali Yuga, mentioned in the scriptures refer to a time when avarice and wrath are common and humans openly display animosity towards each other.

Truthfulness, cleanliness, tolerance and mercy diminish with each passing day. People cultivate thoughts of murder with no justification and feel no remorse. Lust is viewed as socially acceptable and sex is seen as the central requirement of life. Virtue fades way and ceases to flourish. People become addicted to intoxicating drinks and drugs and no longer get married, rather choosing to live with each other just for sexual pleasure. Weather and the environment degrade with time bringing infrequent and unpredictable rain. Diseases and fake ideologies spread throughout the world and the powerful dominate the poor. One glance into the world today and it’s quite easy to observe the kind of spiritual degradation being talked about in those scriptures. We’ve achieved wonders with our mastery over technology but does our journey and growth in the spiritual realm need introspection and scrutiny? Has our species declined in virtue? Are we unknowingly plummeting into this demonic illusion of greed, lust, malice and jealousy? People are being killed for petty reasons, there exist unimaginable divisions between the rich and the poor. The sanctity of relationships is gone, replaced with lust and social utility. Are we becoming way too practical and logical for our own good? Was my optimism and pragmatic approach about the future in vain?

For many of us, these questions might seem to be of the rhetorical kind, designed to tap into our personal insecurities but I honestly think it’s time to stop, pull over for a while and introspect, whether we’re travelling in the path we ought to be and doing something that culminates into the greater good or tumbling into a future that begets a fiery cataclysm of destruction. 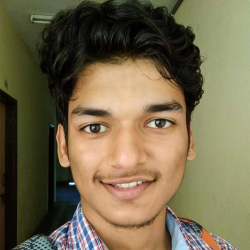 Aakash Agarwal
Aakash is pursuing his career in Economics from Doon University. He is highly enthusiastic about his work and his calling to make a difference. Plans to acquire higher degrees in Economics and hopes to take roots in academia eventually. He is the Research Lead at Wiser World.

We use cookies on our website to give you the most relevant experience by remembering your preferences and repeat visits. By clicking “Accept”, you consent to the use of ALL the cookies.
Cookie settingsACCEPT
Manage consent

Any cookies that may not be particularly necessary for the website to function and is used specifically to collect user personal data via analytics, ads, other embedded contents are termed as non-necessary cookies. It is mandatory to procure user consent prior to running these cookies on your website.